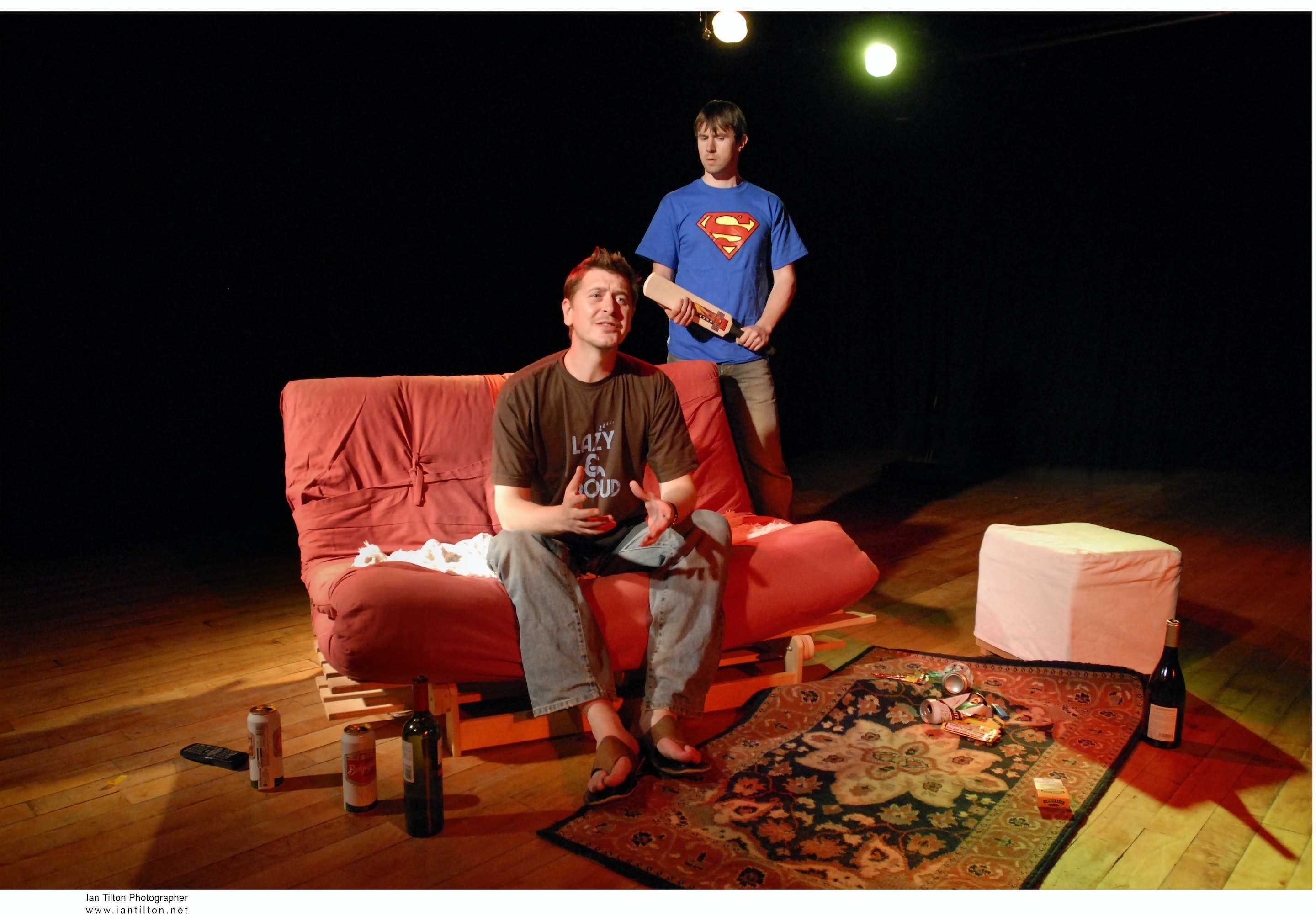 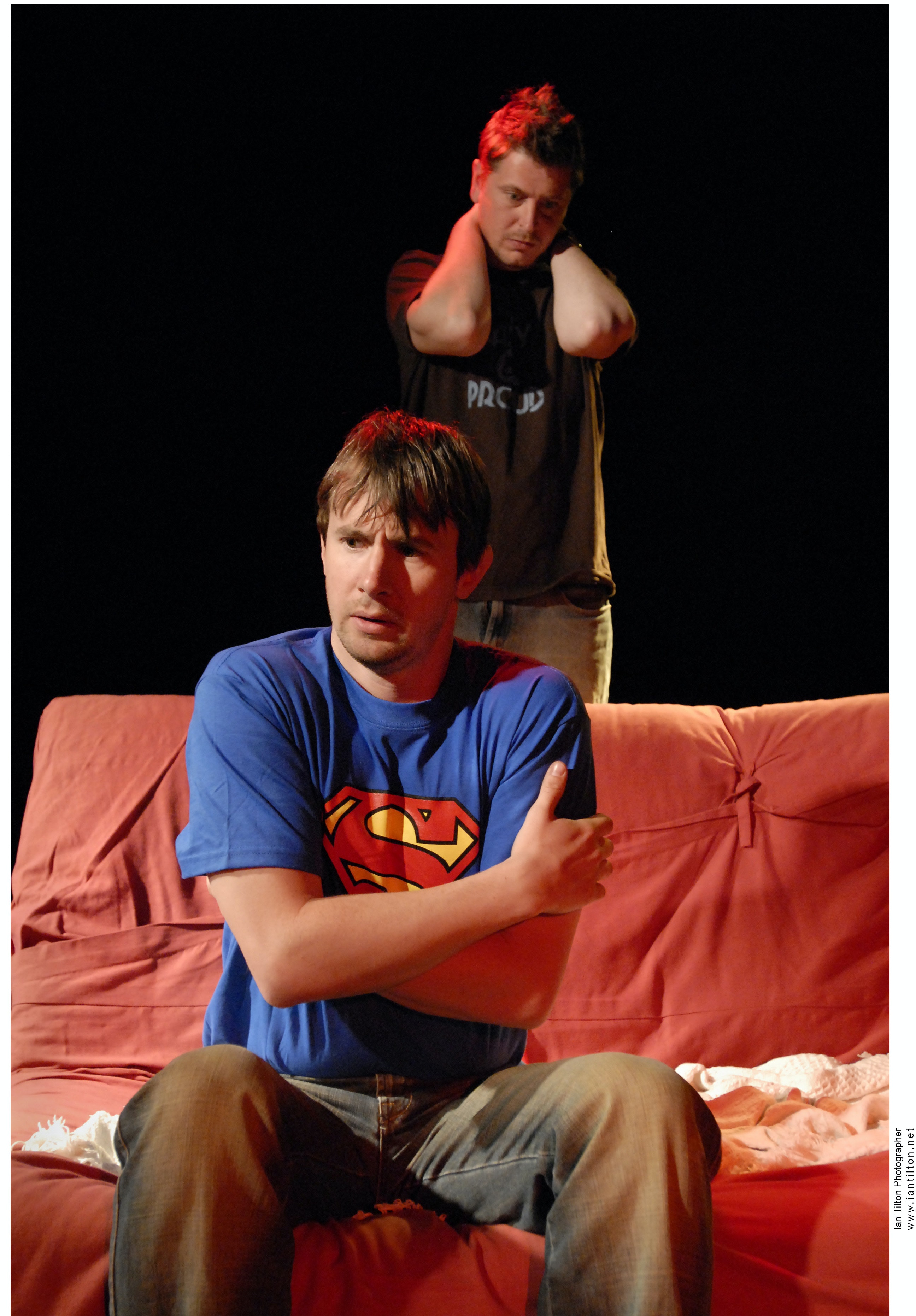 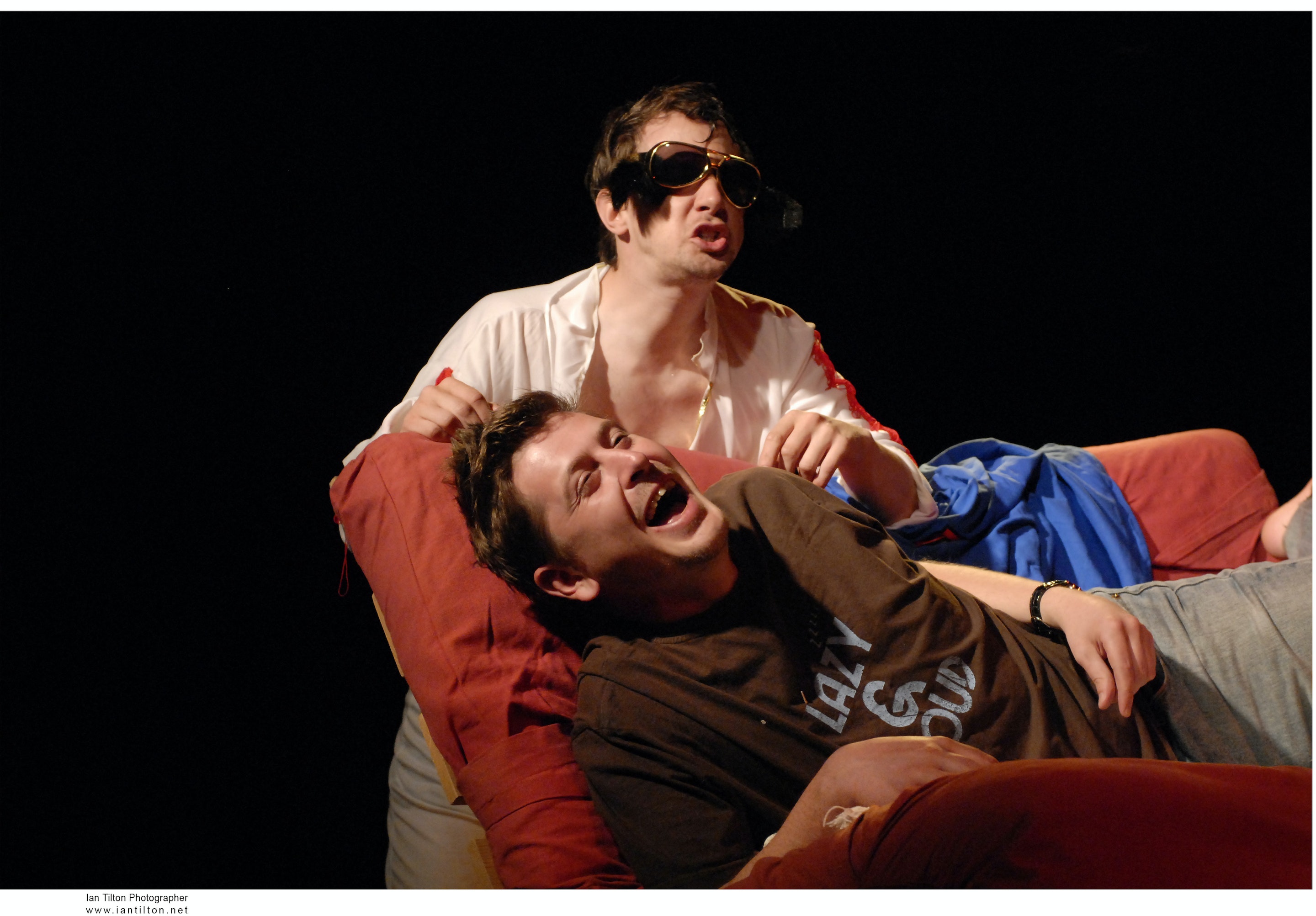 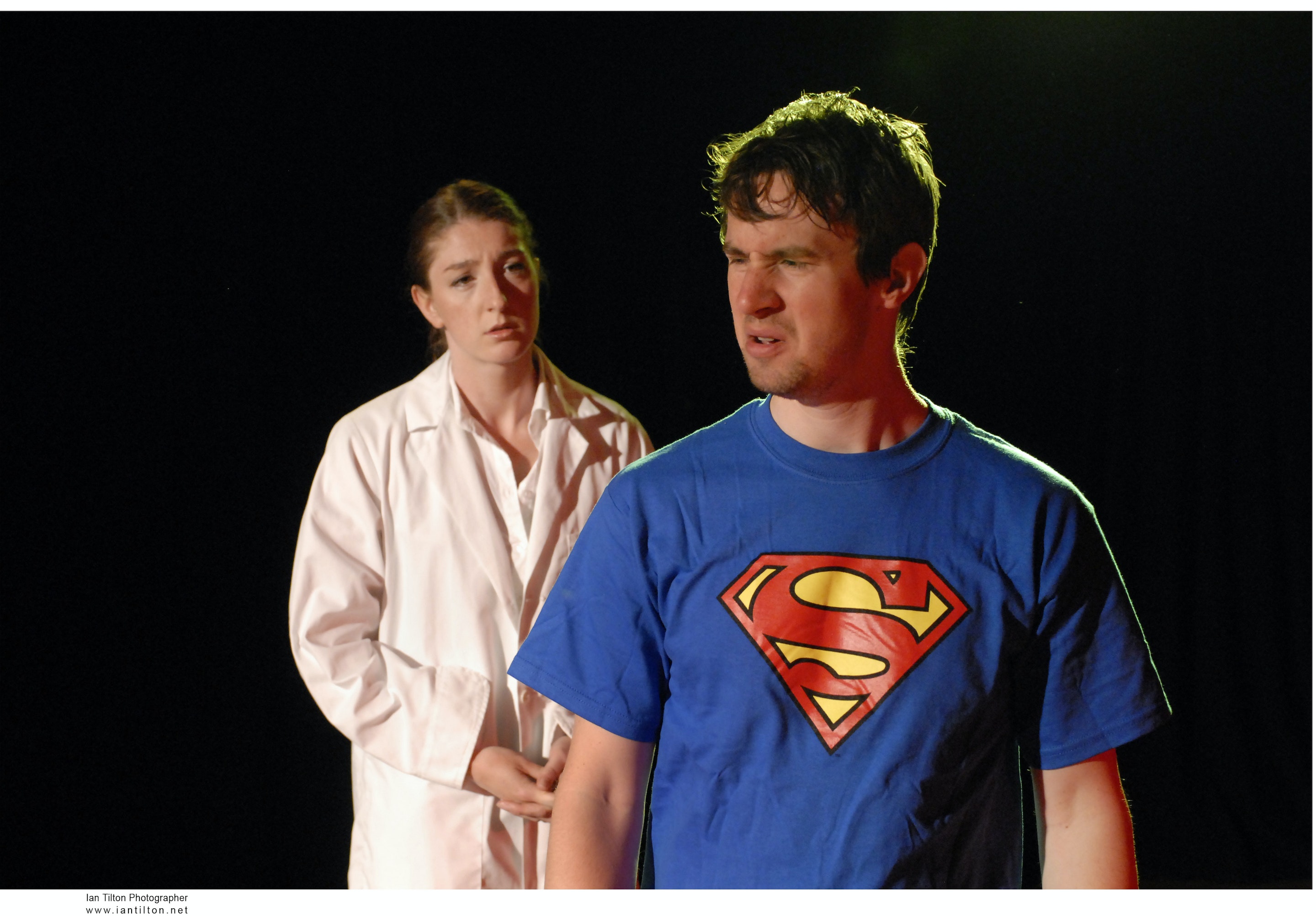 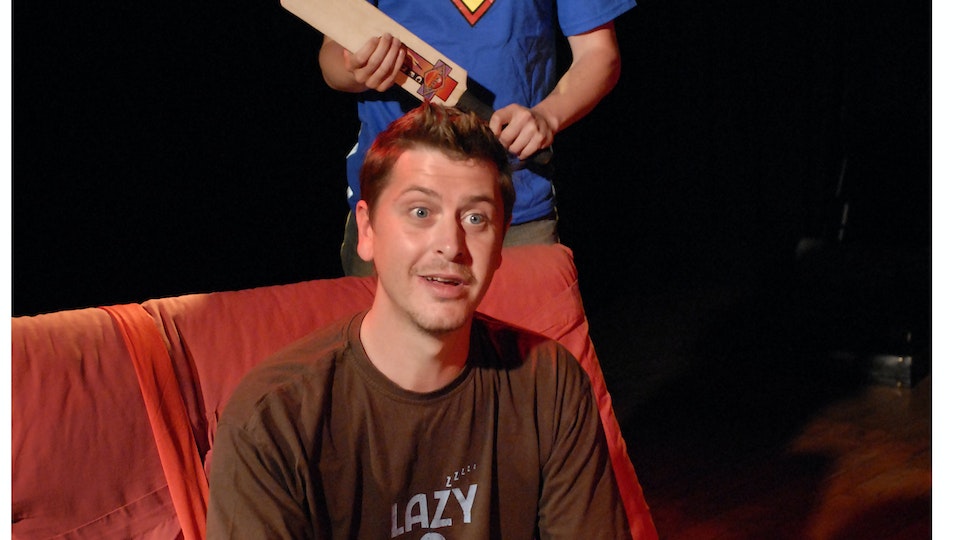 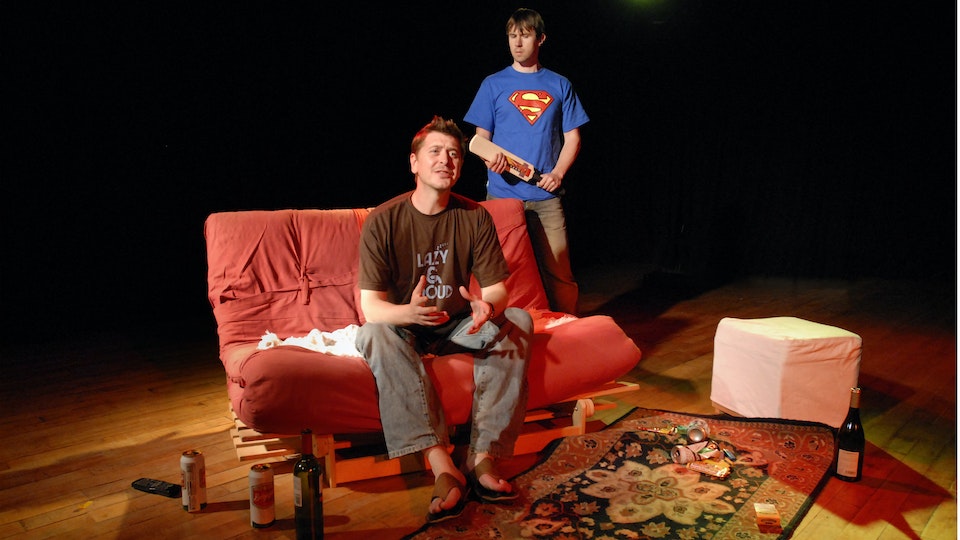 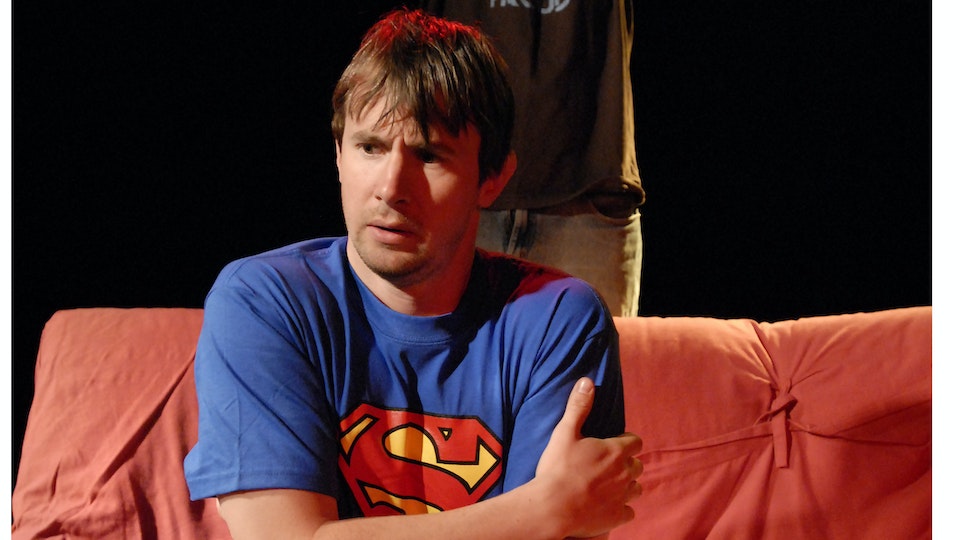 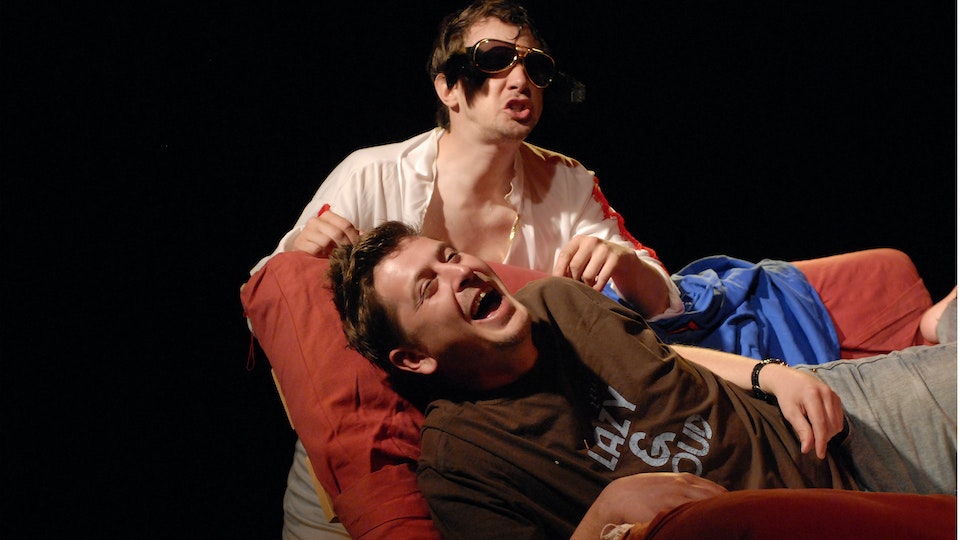 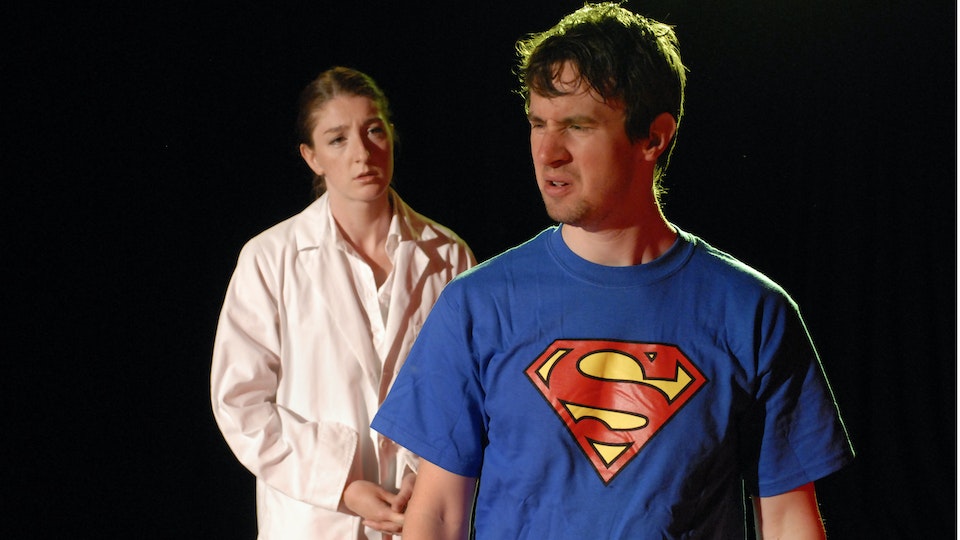 A Story for When We're Grandads

Join the terminally unemployed Mike and Dave in their adventure to find out the truth. Who is Mr Martin ? Why have they got a brief case jammed with cash ? And exactly how long can they get away with falsely claiming incapacity benefit?

This darkly comic thriller takes you from lounge to pub to police station before the shocking truth is finally revealed. Since it was born in 2006, Grandads has gathered much acclaim winning the Best New Writing prize at Buxton Fringe Festival and being nominated for the Best Production in the festival.

Billed as an accomplished piece of writing A story for when were Grandads was most certainly that. Patrick McConnell is clearly a most talented writer who has caught the authentic speech patterns of a couple of social
security scroungers. As a result the characters of Mike and Dave were
completely believable. But this is not a simple tale of drinking at the
taxpayer’s expense. The arrival of an unexpected wad of cash from a
mysterious donor not only increases the consumption of booze but opens
up other new horizons for the lads. At first the new opportunities seem
hilarious but suddenly they are transformed into a nightmare of criminal
accusation and disturbed mental equilibrium. Nothing is quite as it
seemed at first. Great entertainment and thought provoking as well.